Starbucks is closing its New Orleans flagship coffee shop on the corner of Canal Street and St. Charles Avenue, citing concerns over security and the safety of its employees. The Seattle-based chain said Thursday that the store, which was opened with great fanfare just nine years ago, would close permanently on Oct. […]

Starbucks is closing its New Orleans flagship coffee shop on the corner of Canal Street and St. Charles Avenue, citing concerns over security and the safety of its employees.

The Seattle-based chain said Thursday that the store, which was opened with great fanfare just nine years ago, would close permanently on Oct. 2. It is located on the ground floor of the historic building at 700 Canal Street owned by The Pickwick Club.

Starbucks spokesman Sam Jefferies said the closure comes as part of a national review the chain announced in July in the form of a letter from its joint heads of operations, Debbie Stroud and Denise Nelsen. They said then that they recognized a rising level of threat their employees felt in some of their outlets and promised to either fix the issues or close them down.

“We said we wanted to work with local leaders and be flexible using different tools to make premises safer, but if that didn’t work that we would have to consider closures,” Jefferies said. “That is what we have had to do in this instance.”

Davon Barbour, who took over as the CEO of the Downtown Development District of New Orleans in December, said the closure of a national outlet like Starbucks at such a high-profile location is unfortunate, especially at a time when New Orleans is making headlines for surging crime and a staffing crisis in its police department.

“The closure of the Starbucks is a recognition of those public safety challenges, despite the fact we continue to see investment in businesses downtown,” Barbour said.

Mayor LaToya Cantrell’s administration did not respond to a request for comment.

The coffee shop on Thursday had a smattering of customers, one barista and a security guard in the middle of the afternoon and its décor was a shadow of the carefully curated apothecary look it sported when it opened in 2013. At the time, CEO Howard Schultz had visited the store and had taken a personal interest, slowing down its opening so that special care could be taken to preserve historic features.

But commissioned art and carefully placed antiques no longer adorn the shop. The backroom was closed off to the public and was being used as office space, with staff laptops on top of the 12-foot-long community table “made from wind-fallen trees” that was once for customers.

A small sign on the door of the Canal Street store directed customers to nearby outlets two blocks away in the Sheraton Hotel or at other locations in the Central Business District.

After publication of an earlier version of this story, Jefferies said that Starbucks did, in fact, keep an incident log at the store but the company declined to share any data on the number or types of threats faced by staff. But he said the decision to shutter the location was taken after consulting with staff, managers and “local leaders”.

“This is certainly, unfortunately, a high incident store,” he said.

New Orleans is not the first nor the only city to see Starbucks closures because of security concerns. Shortly after the letter to staff was written in July, the company said it would be closing 16 stores for security reasons: a half-dozen each in the greater Los Angeles and Seattle areas; two in Portland, Oregon; and one in both Philadelphia and Washington, D.C.

The biggest stories in business, delivered to you every day. Sign up today.

At the time of those closures, Los Angeles Mayor Eric Garcetti said he had personally witnessed incidents at some of the closing locations and promised to bolster police resources.

Starbucks also has been battling efforts across the country by some of its employees to form unions at shops, including the Maple Street location in New Orleans. The workers at the Canal Street location had not filed an application with the National Labor Relations Board to form a union.

Shootings on Canal, a main thoroughfare in downtown New Orleans, are not uncommon. A woman was killed and a man and a dog were injured in a shooting near the University Medical Center on Canal Street last month. In July, two men were injured in a shootout near Roosevelt Way. In 2019, seven people were shot near the McDonald’s restaurant directly across the street from the Starbucks.

The rise in crime rates, especially murders and carjackings, have led many businesspeople in New Orleans to voice concerns over their safety and that of their employees and customers. In July, a group of businesses banded together with community organizations to form the Nola Coalition, aiming to both bolster support for the New Orleans Police Department and provide money for a wide range of programs for at risk youth.

Under the Nola Coalition banner, the Police and Justice Foundation funded a team of consultants to advise the NOPD. This week, they recommended that hundreds of NOPD officers be reassigned to patrol duty to deal with the crisis.

“I am disheartened to hear we’re losing a flagship store in one of the most historic locations in the city,” said Kelisha Garrett, chief operating officer of the Louisiana Chamber of Commerce Foundation, which promotes small businesses and is part of the Nola Coalition. “But valiant efforts are being made by the community as a whole to curtail and counteract the current issues plaguing the city as it relates to crime.”

David Rubenstein, one of the third generation that owns Rubenstein’s men’s clothing store directly opposite the Starbucks across St. Charles Avenue, said the issues for businesses mainly have to do with occasional harassment of customers by people on the street and homeless people who sometimes sleep in doorways.

He thinks the talk of crime might be overblown.

“Yes, there are problems downtown as on any major downtown street,” he said. “I just don’t want people to think all of Canal Street is collapsing and going out of business because of the crime issue.”

Barbour at the DDD has been pushing a “Quality of Life” agenda since he started in his job. This includes offering businesses on Canal Street a $3,000 improvement grant so that they can fix up their properties and add better lighting.

“It matters for a community to set standards, to say ‘This is who we are,'” Barbour said. “Allowing properties to be abandoned and not have adequate lighting sends the message that nobody cares and this is a place where you can do what you want.”

Editor’s note: This story has been updated to reflect new information from Starbucks about how they monitored security incidents at the Canal Street location. Also, to include a paragraph to say workers at Canal Street had not filed an application to unionize.

Tue Sep 20 , 2022
If Emily Steele were a fowl, she’d be a hummingbird.  “You flit close to and spread all your electricity all above the place. And you’re like zipping everywhere,” Steele’s father-in-regulation, a chicken aficionado, once affectionately instructed her about household supper at Malo.  Steele commonly agrees the winged animal fits her temperament. But additional important, it […] 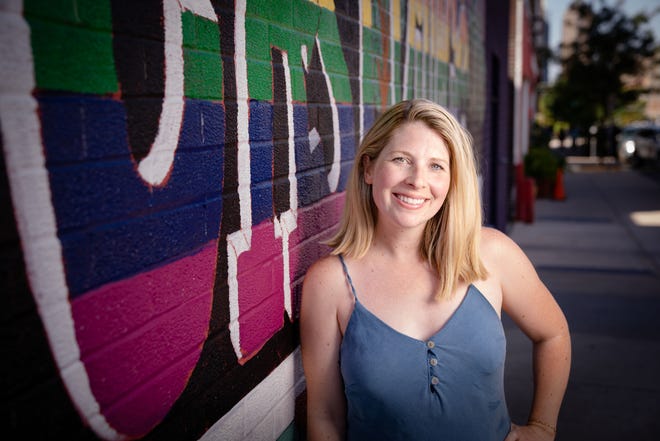